Hesed may be a Hebrew word unknown to most Bible teachers, yet it is the key to understanding the heart of God in both the Old and New Testaments. Michael Card has written a book that can enlighten us to the riches in this one word.

“It is tempting to say hesed is the most important word in the Hebrew Scriptures,” Card says. “Hesed occurs nearly 250 times in the Hebrew Bible throughout all of the three major divisions.” Although it appears so often, it is a challenge for translators to give it a single word or phrase. Card has an appendix that notes all of the 247 verses that include this word as well as the different ways hesed is translated in seven common English translations. The word is practically inexpressible, which explains the book’s title, Inexpressible: Hesed and the Mystery of God’s Lovingkindness. (IVP Books, 2018) Most commonly, the word is translated as mercy, love, loving-kindness, steadfast love, faithful love, or unfailing love. 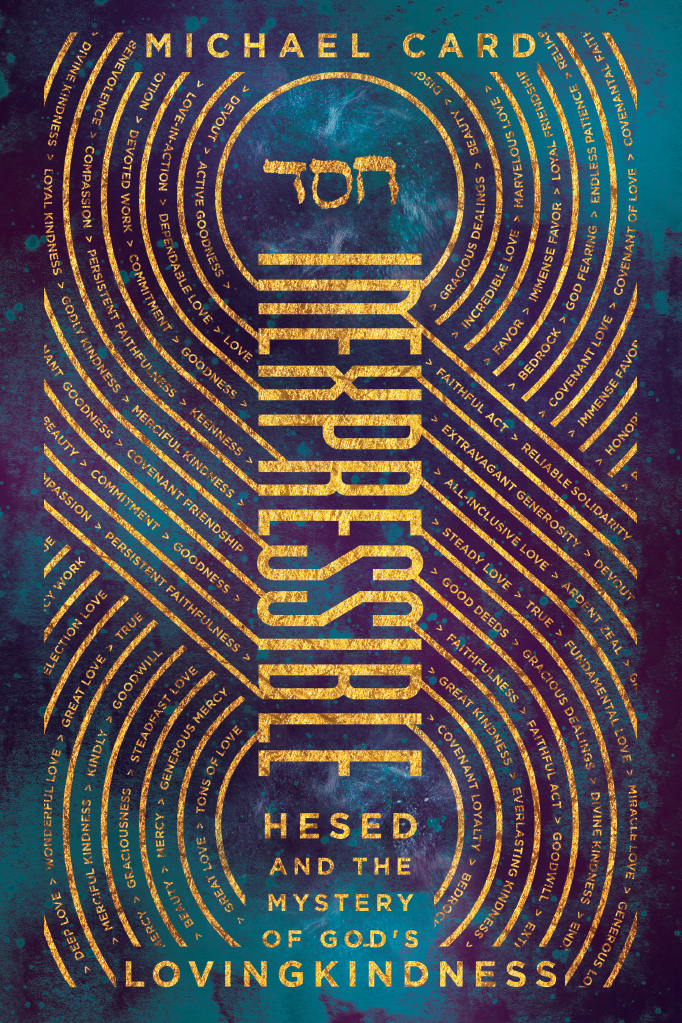 Card wants us to go further than enjoying a simple translation exercise. He sees hesed as “a key that can open a door into an entire world – the world of God’s own heart, the world of loving our neighbor and perhaps even our enemies.” Hesed is a mindset and a lifestyle.

The first place that hesed is emphasized is in the story of Moses in Exodus 33-34. Returning to the holy mountain to receive a second set of tablets, God reveals God’s hesed.

Card notes, “The fact that the word is used twice is the first indication that this is a key attribute.” (26) Once Moses hears this, he is bold enough to make a request, “He said, ‘If now I have found favor in your sight, O Lord, I pray, let the Lord go with us. Although this is a stiff-necked people, pardon our iniquity and our sin, and take us for your inheritance.’” (34:9) Card says, “Moses is asking for something he admits he and they do not deserve. The request is based on the new revelation of hesed. When the person from whom I have a right to expect nothing gives me everything.” (27, his italics) This last sentence will be repeated throughout Inexpressible as hesed is examined in both testaments.

The lovingkindness of God is what makes the Hebrew/Christian God distinctive. “But what set the God of Israel apart then, what made him completely unique to the point that the other gods were no gods at all, is what still sets him apart today. He is the God who delights in being kind, in loving his creation, and in offering forgiveness and salvation to those who have no right to expect anything from him…The great surprise of the Hebrew Bible is not that God is awesome or holy. These characteristics we would expect from God. The great surprise is that he is kind, that he is a God of hesed. This is what fundamentally makes him unlike any other god then or now.” (43)

What may be surprising is that anger is a characteristic of hesed. Card points to a psalm of lament, Psalm 109, in which hesed appears four times. “David pleads to the God of Exodus 34 to enter into and share his outrage that someone who was shown hesed has willfully and intentionally chosen not to return that lovingkindness to those who need it most, the poor… David had placed this nameless official in a position to help the poor, had shown his royal hesed. He responded with hatred and evil (v. 5). It is not some sort of official covenant he had violated. After all, hesed does not come from covenant; covenant comes from hesed.” (53f) 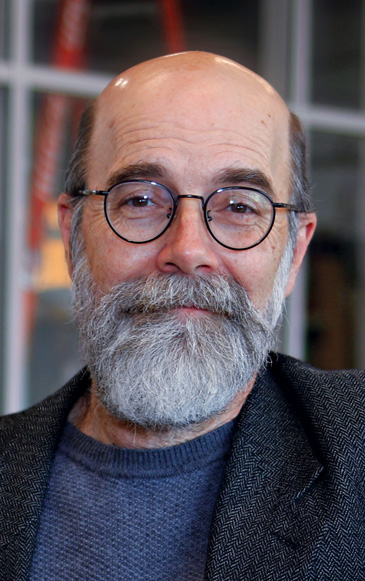 The word hesed, being a Hebrew word, is not in the New Testament (written primarily in Greek). Card recognizes the challenge: “Certainly hesed is there on every page of the New Testament, but seeing it without the presence of the actual Hebrew word requires some intensified listening.” (97) “In total, a range of about seven words (including various forms) were employed by the translators of the Septuagint in rendering the Hebrew word hesed. Clearly, when they thought of hesed, the word that came to mind most often was mercy.” (98)

As might be anticipated, Card believes that Jesus was hesed incarnated. “Jesus left radical reversal in the wake of his ministry. Because of the hesed of God incarnate in Jesus, sinners are blessed while those who hate hesed [i.e., Pharisees] place themselves outside of God’s lovingkindness.” (107) Card demonstrates how God’s hesed is demonstrated in Jesus’ teachings (particularly the parables) and healings.

As lived by Jesus, hesed is more than a feeling or a good idea. “Hesed is not simply a Hebrew word – it is a Hebrew ideal. Befitting the more verbal Hebrew mind, it is always something you do. You come to understand hesed not by defining it but by doing it. Acts of hesed extend God’s image into the world.” (129)

Thus, Card concludes his study of hesed with Micah 6:8.

He has told you, O mortal, what is good;
and what does the Lord require of you
but to do justice, and to love kindness [hesed],
and to walk humbly with your God?

“The final challenge to you and to me is to take whatever understanding we have in our heads of hesed and allow the Spirit to move it in to our hearts…The Scriptures are offering us an unimaginable opportunity to make Jesus believable and beautiful by offering everything (even our very lives) to those who have a right to expect nothing from us.” (135)

I was enriched by reading Inexpressible. Suddenly, whether it had the actual word in it or not, I saw hesed in whatever Scripture I was using as a lesson or sermon text. And, I was seeing God’s hesed happening all around me as I watched people striving to “do justice, love hesed, and walk humbly with God.” Card’s book sensitized me to this powerful attribute of God and of faithful followers of Jesus.