The Slave Bible is not your typical boutique Bible.

We all have our own canons – those verses of the Bible that we know and live by. Most who were raised  in a church can probably quote John 3:16 or complete the quote from I John, “God is _____.” We know the stories of Adam and Eve, Noah, Jonah, Ruth, and Jesus feeding the multitude.

If we are honest, there are also parts of the Bible that we do not like, do not quote, and are a bit embarrassed about. For example, most of us probably aren’t happy about the idea of our religious ancestors taking over a land by killing every man, woman, child, and domesticated animal that lived there.  Famously, Thomas Jefferson took his scissors to the Bible and removed the parts that were embarrassing to him – the miracle stories.

The Museum of the Bible in Washington, DC now has an exhibit on a special book that was to be used to convert slaves to the Christian faith – and to keep them in their place. It is called “The Slave Bible.”

The Religious News Service recently wrote about this book and the museum exhibit. I am quoting from that article below.

“It’s a small set of Scriptures whose title page reads ‘Parts of the Holy Bible, selected for the use of the Negro Slaves, in the British West-India Islands.’

“The so-called Slave Bible, on loan from Fisk University in Nashville, Tenn., excludes 90 percent of the Hebrew Bible, or Old Testament, and 50 percent of the New. Its pages include ‘Servants be obedient to them that are your masters,’ from Paul’s letter to the Ephesians, but missing is the portion of his letter to the Galatians that reads, ‘There is neither bond nor free … for ye are all one in Christ Jesus.

“…in anticipation of next year’s 400th anniversary of the arrival of the first African slaves in the New World, in Jamestown, Va., the Slave Bible will be on special view until April in an exhibition developed with scholars from Fisk and the Smithsonian’s National Museum of African American History and Culture.

“…The exhibition draws on the dichotomy of coercion and conversion, keeping slaves in their place while also attempting to tend to their souls. On two walls portions of the Bible that were excluded from the slaves’ text are juxtaposed with verses determined to be appropriate for them.

“’Prepare a short form of public prayers for them … together with select portions of Scripture … particularly those which relate to the duties of slaves towards their masters,’ said Anglican Bishop of London Beilby Porteus, founder of the Society for the Conversion of Negro Slaves, in 1808.

“Absent from that Bible were all of the Psalms, which express hopes for God’s delivery from oppression, and the entire Book of Revelation.

“’That’s where you really have the story of the overcomer, and where God makes all things right and retribution,’ Seth Pollinger [director of museum curatorial] said of the final book found in traditional versions of the Christian Bible.

“The Slave Bible’s Book of Exodus excludes the story of the rescue of the Israelites from slavery in Egypt, the liberation that gives the biblical book its title.” 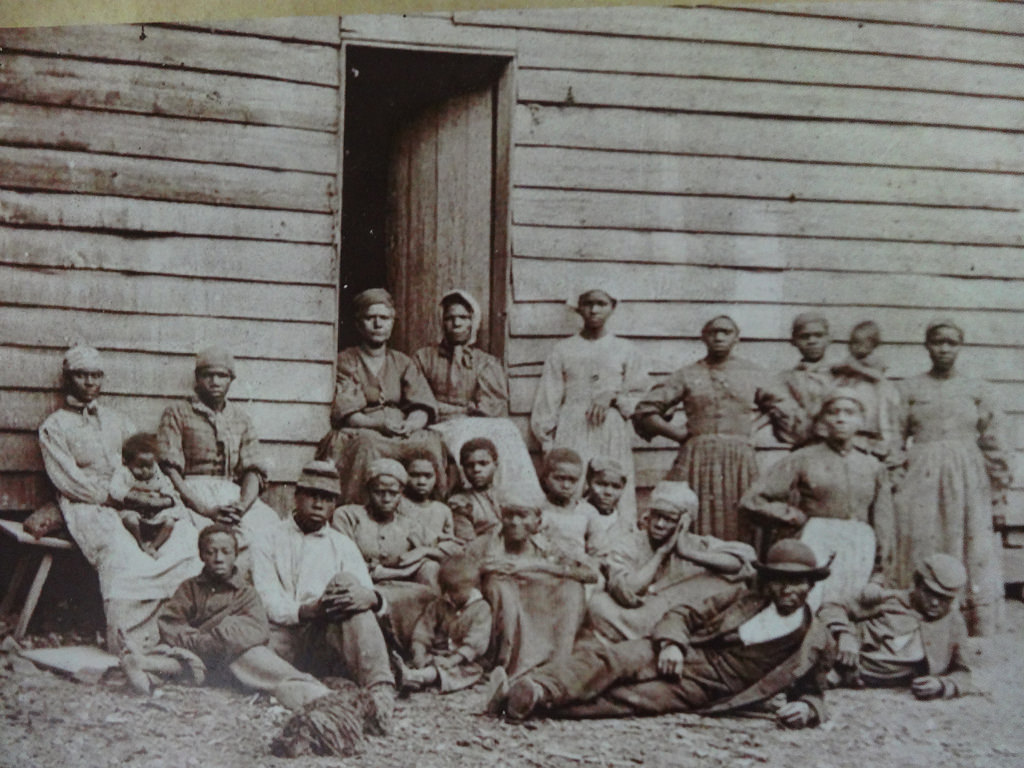 The exhibit includes video of current Fisk students sharing their reactions to the exhibit.

“’My favorite question is the last question on the list that we asked them, which is: Do you think that this Bible is still the good book?’”

That is an interesting question! Is a truncated Bible a good Bible? If not, how much of our personal canon results in “good news?”